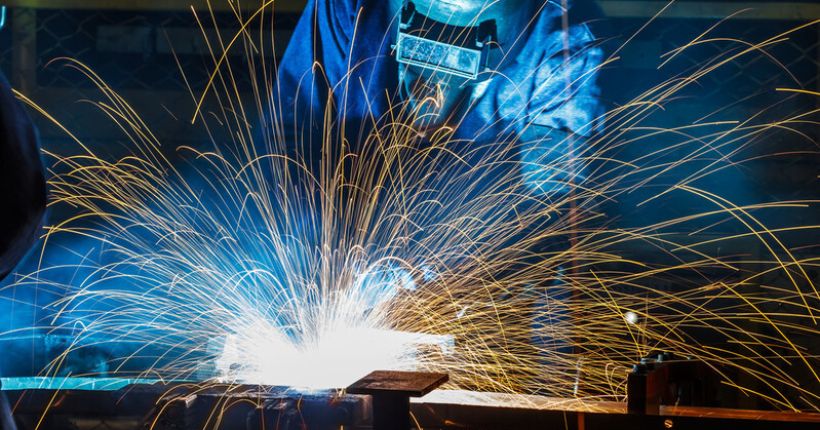 The history of the British Steel Pension Scheme exercise

The UK steel industry had long been in decline; this left Tata with a Defined Benefit (DB) pension scheme of 122,000 members and £15bn in assets, but hamstrung with an ever shrinking company attached to it.

In 2016, Tata announced that it would be examining options to restructure the business, which included a rare decoupling from the British Steel Pension Scheme (“BSPS”). In an innovative move, terms were agreed where Tata would set up a new more viable DB scheme, BSPS2, giving members the choice to move into it before BSPS entered the Pension Protection Fund (“PPF”).

This exercise received extensive scrutiny and criticism at the time and immediately after, however subsequent reviews (Rookes review: 2019) concluded positively that 97,000 members had engaged in the process with the vast majority making the correct decision.

Although the choice given to members was principally between staying in BSPS or moving into BSPS2, there was a third option; transfer out to a Personal Pension (“PP”).

The number of members who transferred out in full to a PP was c.8,000, which is modest in the context of the overall scheme and number of members. However, upon closer inspection of the critical detail, this number represented ~20% of those members characterised as eligible deferred members.

This, combined with allegations of predatory financial advisers charging large initial fees, is where the exercise risked looking tainted and the FCA began to focus its attention more sharply.

Where do things stand with the Financial Conduct Authority (FCA)?

The FCA has consistently maintained the view that transferring out of a DB scheme is unlikely to be suitable for most people. Unsurprisingly then, the FCA were concerned about the BSPS exercise from the start. So much so that, in an unprecedented move, the FCA, through a series of locally held events, contacted all local financial adviser firms and encouraged them to attend regional seminars at which the FCA outlined their expectations around DB transfer advice standards.

The FCA has also undertaken significant sampling of DB Transfer advice over the past seven years since the introduction of pension freedoms. They have candidly expressed concerns regarding unsuitability rates across the industry, however this seems to be peaking at a worrying 47% for BSPS vs 17% across other schemes.

This culminated in the FCA seeking advice and concluding that the risk of consumer harm was sufficiently widespread that the FCA were able to use their power under s.404 of FSMA to introduce an industry-wide redress scheme.

The FCA’s subsequent consultation highlighted that c.4,000 members are likely to be in scope for the scheme, with the balance being excluded due to insistency or ongoing complaint/review activity. Redress was estimated at c. £51,000 per member, based upon an average CETV of £374k.

Before exploring further, it is worth highlighting that when the FCA talk about financial detriment, they are primarily referring to their DB redress methodology (FG17/9). This approach capitalises the surrendered scheme pension using an annuity rate, then this capitalised figure is contrasted against the member’s transfer proceeds as at present day. The FCA defines financial detriment as the ‘delta’ between the two figures i.e. what the member has versus what lump sum they would need to purchase an annuity to cover the previous scheme income.

We accept that there is a second financial detriment cohort, which is those members whose transfer proceeds were mis-managed or handled fraudulently. In this scenario members may have lost most, if not all, of their pension fund. When advocates claim that transferring members can no longer afford birthday cards for loved ones, one can only assume they are referring to this second cohort who have been victims or serious mis-selling rather than those who are taking the pension benefits in a different shape to that originally offered by the scheme.

How is the industry currently responding?

Groups representing IFAs are strongly opposed to the proposals. They argue that the failings are not sufficiently widespread to trigger a s.404. They also claim that that the CETV’s were calculated generously and, as a result of interest rates and gilt yields beginning to increase, the likelihood of financial detriment being identified is beginning to fade.

Whilst IFAs are feeling vindicated, and that transferring out at a time of historically low interest rates may have been a shrewd move, there are consumer groups and MPs who are feeling aggrieved by the reducing levels of redress resulting from the change of economic outlook.

Some argue that that the FCA’s inaction, combined with slow case turnaround from the FOS and FSCS, has translated to lower levels of redress i.e. had redress been calculated earlier, the member would have benefited from more advantageous assumptions and most likely received a greater level of redress.

In these circumstances we must look at what is considered to be fair and reasonable. The objective of redress is to return the member to the position they would have been in had the unsuitable advice not occurred. This should mean reinstating benefits into BSPS or purchasing a deferred annuity to replace the scheme pension. Sadly, neither of these options are practicable, and ironically, most members would not want this; preferring to retain flexibility of access and better death benefits.

Staying with the subject of financial detriment, the fact that detriment will never truly be known until a member and their spouse has deceased should not be overlooked. Only at that point will it be possible to assess whether the benefits which would have been payable under the scheme throughout retirement were more than actually received under a receiving PP.

Accordingly, the FCA have no option but to implement a redress model that works at a given moment in time. The FCA’s redress model seeks to calculate what lump sum would be needed as at present day, so that it could grow to a size sufficient to secure (via an annuity) the pension previously sacrificed. The risk with this approach is that factors change e.g. annuity rates fall or investment performance is sub-optimal. The FCA manage this the best they can using longer-term assumptions rather than reacting to short term factors.

A significant point of contention with calculating redress at a moment in time is that it results in members getting different levels of redress depending upon when they complain (and how long it takes to process their claim). Unfortunately this is the very nature of DB pensions; scheme liabilities change with the economic outlook, hence fluctuating CETVs.

Those members who transferred out whilst CETVs were high, then redressed promptly, are likely to be better off over the longer-term. However, to redress every member using redress assumptions that are no longer appropriate, with the sole aim of maximising redress, seems to be unfairly skewed in favour of the member.

Other concerns with regards the redress model include the date of retirement. Presently, the redress model assumes that member fully retire when they started drawing benefits from the PP e.g. accessing PCLS at 55. This is nuanced, as members would not have been able to access benefits flexibly under the scheme, and drawing benefits in full may have been punitive due to scheme factors or taxation. Accordingly, the redress model needs to accommodate a scenario which would not have been available under the scheme. More challenging still is that the model tends to result in lower redress for those who have reached retirement, as less assumptions are required. The inconsistency is that two clients in similar positions can receive materially different levels of redress, because one decided to take some benefits early.

We have noted some voice concerns around adviser charges; specifically that members who do not have an active IFA are receiving less redress due to a failure to allow for ongoing advice fees. The redress model doesn’t dictate such an approach, but would appear potentially unfair if this stance was being adopted by firms calculating redress. In our experience, adviser charges are correctly allowed for by most firms. We note however, that the FCA has recently commented on this areas and corrected firms who are failing to fairly apply charges.

Delving more deeply into the intricacies of DB Transfers and financial detriment, it is obvious that there are chinks in the approach, many of which are just the practical realities of calculating redress on assumptive terms. However, one concern we have seen raised relates to those members who are out of scope for BSPS redress. Specifically, the FCA is not directing redress for those who have already been dealt with as a complaint by the FOS or FSCS.

Although appearing logical and avoiding the creation of remediation specific cohorts, such an approach seems to overlook the fact that both FOS and FSCS operate within reward limits. These limits are a constant point of contention, however given the quantum of losses described by the FCA, FOS, and FSCS, the limits appear likely appropriate for most members and is potentially mitigated by the fading levels of detriment. Nevertheless, there is a valid concern over whether all clients who followed an alternative route received an appropriate level of redress .

Quantifying financial detriment is clearly a nuanced matter, which at best is imperfect, and at worst it is tenuous. As such, it is easy to criticise and raise many valid and/or vexatious arguments.

This matter is not going away any time soon, and the FCA are evidently between a rock and a hard place. Advisers and consumers will be arguing points that will have significant consequences for their retirement or viability of their practice.

Given the contention, perhaps legal action is ultimately unavoidable. 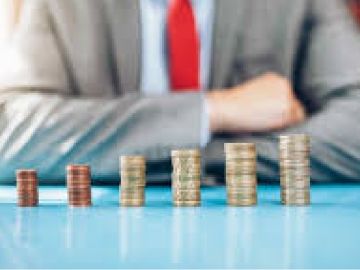